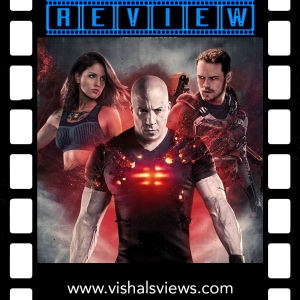 One of the first movies to truly suffer from COVID-19, granted it didn’t look that appealing to begin with but he trailer made you curious. I got a chance to watch it and have my questions answered. However, even though I wasn’t planning on it, I am glad I didn’t watch it in theatres!

So the story was actually interesting and kept you engaged for most part. It wasn’t what you expected and did keep you guessing. KT was the best character in the whole movie, she portrayed herself as a strong character who just wants to do the right thing. Wigans was also a lot of fun, he showed himself to be a character who was very resourceful and was able to provide comic relief.

While the story was actually interesting it was executed poorly. The direction was not well done and the villains were basic and fueled by greed…Which frankly just doesn’t work that well anymore. Also the biggest problem with the movie I feel was Vin Diesel, he’s a very limited actor and frankly he should just stick to Dominic Toretto. If they were attempting to make a franchise out of this movie, they should’ve choose someone else.

One thought on “Bloodshot Review”

When you thought you had it, but you didn't 😪!
#ReunitedAndItFeelsSoGood while she may be the #Chardonnay fan @db.chardonnay and I certainly have aged like #FineWine 😎!
Finally some #Downtime to work on projects!
Nyras first soccer game ⚽️ #LoveYou3000