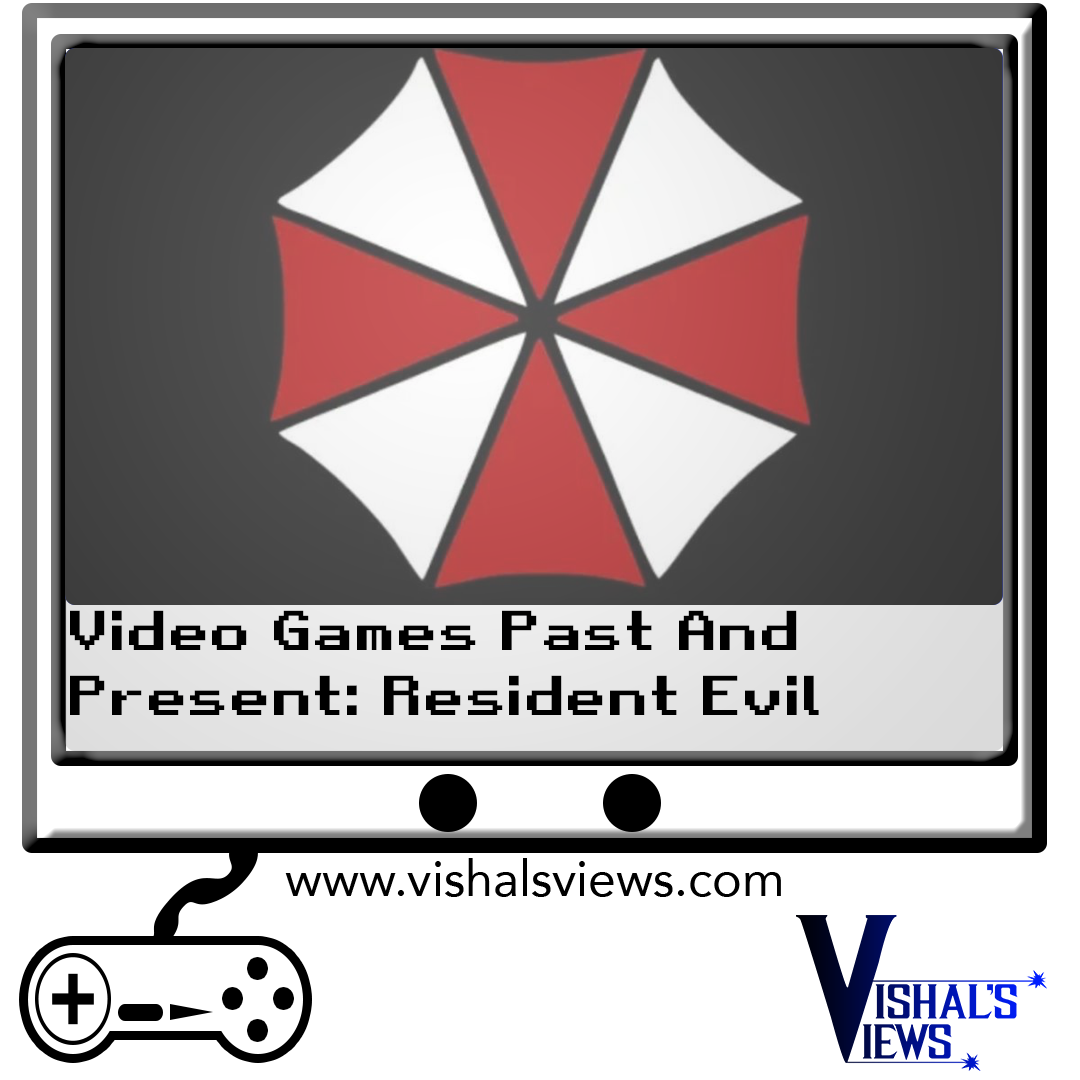 I’ve loved the Resident Evil series since the beginning, it’s what made me love zombies and was my first real exposure to “M-Rated” games.  It’s of course not without its flaws and also giving me a lot of concerns about the future of the franchise.

It all started in 1996, it was the first time we saw the S.T.A.R.S team and seeing Jill and Chris on their first mission in Racoon City.  One of the first games that we played that had 2 different perspectives for the same story it h was a game we all played at least 2, simply because we had to!  It was also a series where the main characters were changed every game, yet their presence and impact on other games affected future results retrospectively.

Gaming genres were pretty generic back then, with mainly being about the gameplay type however, Survival Horror was based upon gameplay and story.  I still to this day don’t classify it as a “Survival Horror” game but more of an “Action Horror” since there are very few true horror moments.

The gameplay itself is pretty basic, run, shoot and explore.  However, the puzzle solving gave a lot of depth and the story progression kept you engaged and interested the whole time.  The tank mode of shooting worked well for its time however, by it eventually got dated and became very limited.  It was updated with moving shooting way too late, it should’ve happened when Code Veronica (Arguably the most forgotten title) came out, yet it was still there for the number 1 remake and both 4 and 5.

However, when they finally made our dreams come true and remade Resident Evil 2 and 3, it finally happened!  This was truly Resident Evil how it should be, intense, mature, violent with fluid action and you can actually move while shooting!  This was the progression we’ve been waiting for, this was the Resident Evil we were waiting for. But they are changing the franchise into a new direction that frankly I’m not happy with.

As mentioned I’m not a fan of First-Person-Shooters and I don’t like the idea of making the franchise into a FPS/VR format.  It’s not Resident Evil, it’s an unnecessary change, it’s not the same franchise.  If you want to make it a VR, Survival Horror, FPS franchise go for it, just don’t call it Resident Evil, because it’s not.  The over the shoulder view of Resident Evil 4 worked great, so great that it was added on to other following games because it worked, because it suited Resident Evil.

#Humpday am I right?
Cheers go the Daikens or the Sweigers?
New hair, facial hair trimmed and it's Saturday!
This is literally one of the coolest things I've ever ever captured and I'm very fortunate!