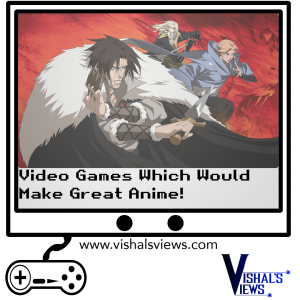 Since most live action adaptations of videos well you know…suck! It seems an animated version would be a better option since it doesn’t have to be as grounded. I just finished the Castlevania animie series on Netflix and it was absolutely spectacular! It was brutal, the art direction was beautiful, it was well animated, written with great characters and has a great ongoing story. I am not a big anime fan but this show really set a high standard for shows based on videogames! It also made me think, which shows could do better as an anime rather than live action and here is what I came up with!

Kratos is one of the best and most violent game characters ever made. The series artwork is beautiful and the story is deep and engaging. With the amount of character interaction and the boss battles. To have this as a 2/3 hour movie would be extremely difficult let alone going into character development by seeing the character history of Kratos. It would make an amazing anime series with action and violence that couldn’t work in live action. 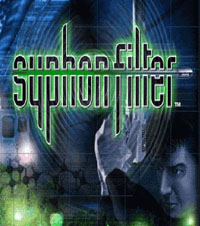 One of the best action games on the original PlayStation. It had a deep story with multiple characters and a variety of villains. It could deal with serious topics such as human trafficking and terrorism. It could be a show that deals with 1 epic story line the entire season such as 24. 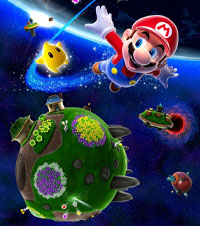 The king of gaming! Let’s be honest doing Mario in live action would be ridiculous, especially since we’ve seen it attempted! But doing it in an anime format wouldn’t be, it could be an action packed comedy show with great nostalgia having subtle references to past games and of course letting Bowser plan a major event the entire time. 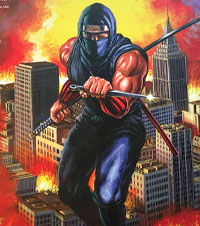 While ninja movies are a dime a dozen, a Ninja Gaiden movie wouldn’t be believable at all, with all the mystical abilities, mythical creatures you’re battling and enchanted weapons available, it wouldn’t translate to “real life” too well. However, as an anime series it’s almost perfect! 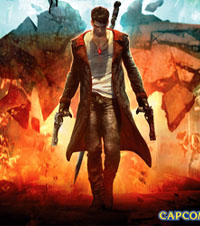 Like Kratos, Dante is another loved and violent character. With a lot of weapons and power ups which wouldn’t translate to well in “real life”. It could, but it would work better in an animated environment with unconventional character design and insane battle sequences. It would translate to the anime format easily! 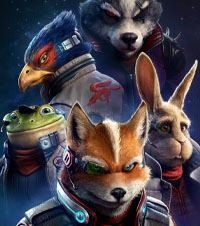 This could become Star Wars the anime series. The characters would look great in an anime format and the space action would be fun an exciting. There have been game where they are out of their ships, it’s another situation where it works better in an animated format than “real life”. 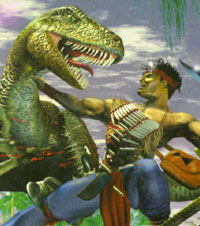 I never played the games for the N64 however the idea of hunting dinosaurs sounds like something that’s made for Anime. It would be a graphic intense series which would be a ton of fun to watch. 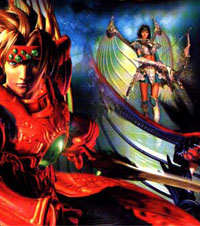 A game with an over 40 hour campaign cannot be done in a 2 hour format. But the art style and gameplay couldn’t be done in “real life” believably either. This game had a complex engaging story. Epic boss battles, a great variety of characters and villains. It would be an almost perfect transition to the anime world. 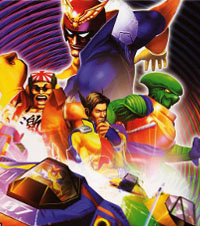 Futuristic racing! What wouldn’t be fun to watch about that, it couldn’t work as a movie because it would be difficult to make into a 2 hour story, it wouldn’t work in a “real life’ TV series since the effects wouldn’t be believable. But as an anime series it would be stupid fast fun! 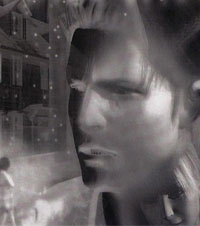 One of the most terrifying games ever made. Could work as a “real live” series but the villain character designs are ridiculous and may not be believable. As an anime series, could be in the same category as Catlevania in quality and creepiness. Possibilities are endless!. 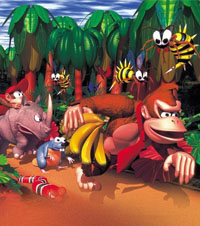 Donkey Kong Country itself on the SNES is basically an interactive cartoon. With a great variety of characters like Diddy, Dixie and other members of the Kong family, plus having the helpers like Rambi and Expresso being part of the show with each having their own quirky personalities would and more fun character dynamics. Plus you could make King R. Kool a funny character with truly evil tendencies.

Damn‼️ Legit surprised about this since I haven't made my #StepCount in 3 months ‼️
New way to drink #IcedCoffee is the #TedLasso way‼️
#AboutLastNight what a blast‼️ Thank you all, love you all and #Grateful you're all a part of my life💙‼️ 40s off to an amazing start😎‼️
#LevelUp ⏫️Another decade done and a new decade starts #ThisIs40 and lookikg forward to what this new chapter brings while I continue to age like #FineWine but just give me #Tequila instead‼️